Chapter Two: I Love My Black

Black is as Black as the Darkest hour 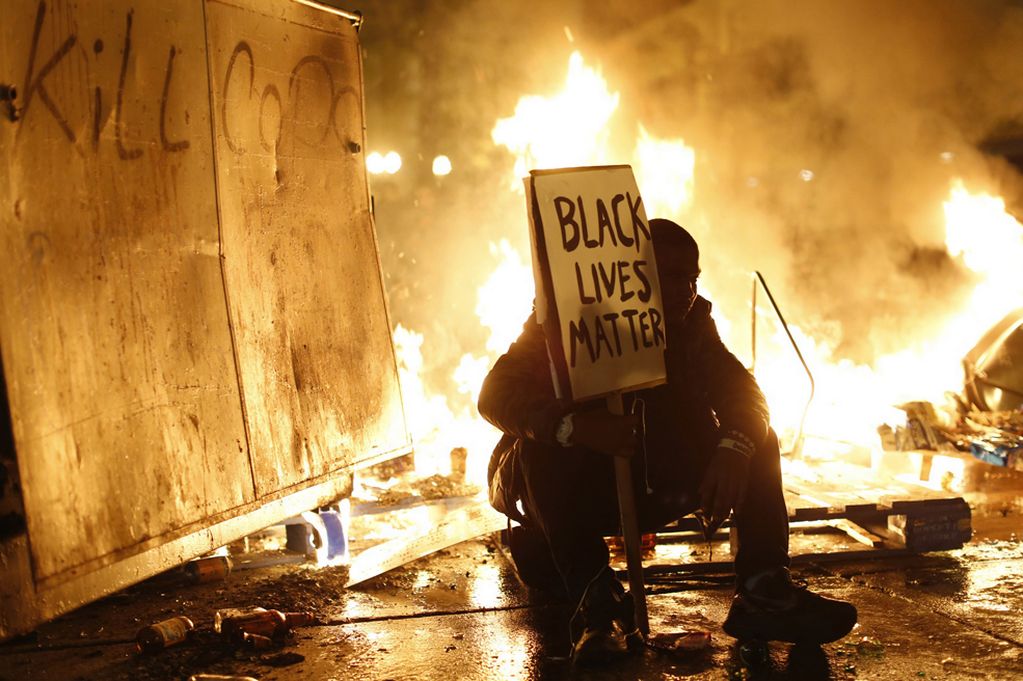 In 1925 the Harlem Renaissance which was declared by teacher/philosopher Alain Locke, as a medium through which art depicted,  “Negro life [as] seizing its first chances for group expression and self determination.” was given its first introduction to the masses. Locke referred to an African American active in this movement as the “New Negro”: an irresistible, spontaneously generated black and sufficient self that was against the Jim Crow racial segregation. As Locke felt that the Harlem Renaissance allowed for the artistic outlets of painting, poetry, literature, modeling, dance, music, and fashion that became the essence of the Harlem Renaissance, I feel like that same essence is mirrored in the Soul Trap movement of today. Just like the Harlem Renaissance and the Black Arts Movement of the 60’s and 70’s, the Soul Trap movement embodies the same desire to unify against injustices that afflict Black people such as police brutality, as it constantly reminding America that Black Lives Matter. The Soul Trap movement accompanies a resurgence of Black love and acceptance within Black culture; one that celebrates Black culture and expression with the resurfacing of dashikis and the surge of “Melanin” inspired shirts, hats, and hashtags. But, before I can discuss the rise of this generation’s art and creativity, I would be remiss not to first discuss the oppression that has brought us back to celebrating our Black and wearing it everywhere we go.

Perhaps one of the most well documented areas of contention when discussing the essence of Black culture is Black hair. As with any era in America, there was a season of conforming to societal norms to be more socially accepted and to avoid being perceived as a “threat” at our jobs, schools etc. Many Black people have toiled with “conforming” to a White dominant culture of beauty and professionalism by straightening their hair with hot combs or chemicals (or maintaining short cuts for men) or “rebelling” by proudly sporting their afros and gorgeously kinky coils and curls. Most times it has been to climb the socially acceptable non-threatening ladder of White acceptance and White comfortability. I recall 2005 being a year when most Black men nationwide had low haircuts with clean faces. And if you happened to have hair longer than a centimeter, you had well kept, locks. Black women similarly had styles that were more “corporate friendly” (read: non-alarming to White corporate culture) i.e., relaxed hair, weaves and perhaps the occasional “vacation braids.”

But a period of Black hair rebellion would soon be upon us. Around 2008-2009, I started to see an emergence of Black women going “natural,” substituting relaxers for other, more natural hair straightening options (i.e., “blowouts” or applying a relaxer to one’s edges but not the entire head). And while there may have been less use of chemicals, many Black women still tried to maintain straighter hairstyles. Ironically, it was around this time that Chris Rock’s 2009 documentary; “Good Hair” was released. It could have just been coincidence, but I do believe this film promoted more open discussions about “good” vs. “bad” hair, the dangers of chemical straighteners and embracing natural hair and styles. During this time Black men, began to grow their beards out some. Then around 2012, the year of the Trayvon Martin case, I distinctly recall more Black women started to embrace their natural curls and it spreading throughout Black culture. In 2014, after the death of another unarmed Black teen, Michael Brown and the death of an unarmed Black man, Eric Garner that sparked outrage in the Black community, I noticed Black men growing out their hair and beards out even longer. And instead of braiding it, locking it, or picking it out into a fro, Black men just embraced their natural coils. It is my thought that these events helped to galvanize Black men and women around loving “our Black” and protecting it against systems determined to crush it. To stop caring about acceptance into White America’s culture-suppressing standards pushed onto us for centuries. As simple as it may seem, by Black people wearing our natural crowns; our hair in it’s natural state, it was a form of defiance; a non-conformist call to action to buck the system of structural racism that gave us the proverbial side-eye anytime the follicles of our hair weren’t slicked down to our heads.

On a deeper level, the 2012 slaying of unarmed Black teen, Trayvon Martin, shot by George Zimmerman (who was later acquitted in 2013 due to “Stand Your Ground” law) served an impetus for the resurgence of Black self-love for the “New Negro” of this generation that would create the Soul Trap era. As the notion of a post-racial America dissipated, Trayvon’s death marked the beginning of a series of deaths (and protests of these deaths) of unarmed Black men and women that swept the nation. Additionally, it was the first time the #BlackLivesMatter hashtag appeared and trended across social media platforms. And while there are several cases that did not make mainstream news, social media and its ability to make the phone videos of these injustices go viral, created awareness around these issues and gave credence to those who have long been oppressed by systemic racism. Similarly, the 2014 deaths of Mike Brown and Eric Garner triggered #BlackLivesMatter as more than a just a hashtag. Black Lives Matter became our voice of action and a way to organize protests, but more importantly, brought more unity within marginalized communities. This unity also helped revived a self-love and appreciation for our race, our culture, our Black expression.

As with any great movement, the art relative to that particular period speaks volumes. To further understand the resurgence of confidence in loving our Black and its appearance in today’s art, all one must do is examine how the aforementioned events have shaped what artists produce. Kendrick Lamar’s song, “The Blacker The Berry,” from his critically acclaimed album To Pimp A Butterfly, features the lyrics, “You vandalize my perception but can’t take style from me,” echoes the defiance that’s permeated throughout this generation as a result of the constant cases of police brutality. Similarly, in his 2016 Grammy performance the horrors of the prison industrialization complex, African dance and regality and the Black struggle for justice and equality all intersected on stage. In my own life, I had the privilege of connecting with Black artists as they embodied the same passion in their art. As I worked alongside Shay Will developing the Hooligans & Hyenas Art Show, I closely examined one of his pieces titled, B-More Careful. I thought to myself how could Shay see Black people and lower-class people as hyenas?? But after a moment of reflection, I realized it depicted how the majority of America viewed Black people: as second-class citizens. Because if you personify the hyenas from Lion King, their issues parallel those that afflict the Black community. They lived in the outskirts of the pride in a graveyard riddled with bones – comparable with Blacks being regulated to the outskirts of the suburbs forced to live in neighborhood riddled with crime. They survived by taking scraps given to them by the “benevolent” Scar who in many ways could represent the benevolent “White savior” often found in Black neighborhoods. Yet, one comparison stood out to me: like the hyenas, those in these types of conditions still find a way to laugh – whether it’s laughter to keep from crying or finding a silver lining regardless of their circumstances. 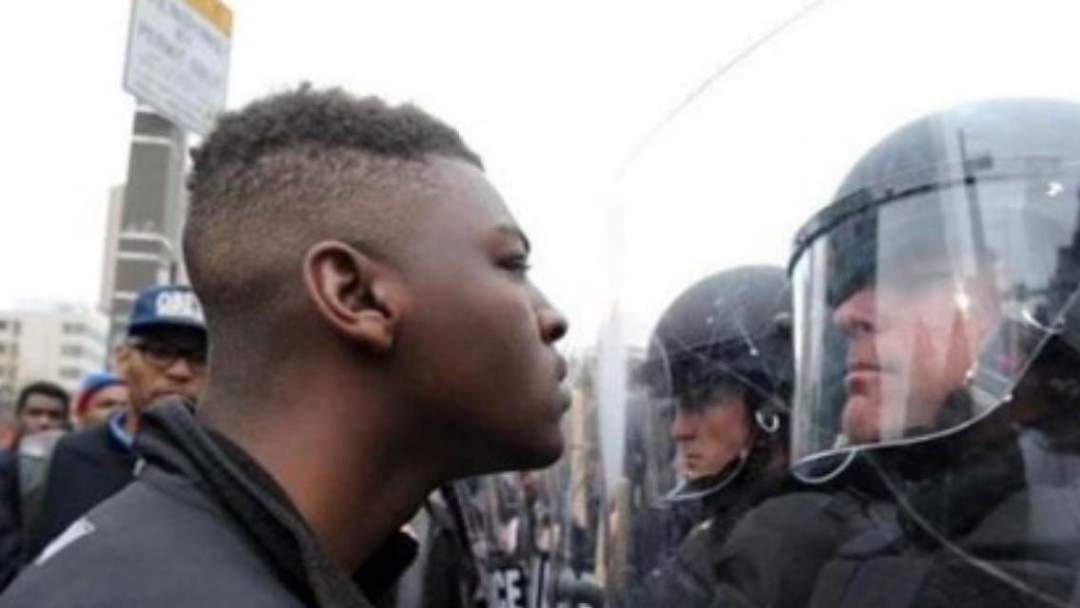 I’m black as the moon, heritage of a small village

Came from the bottom of mankind

My hair is nappy, my dick is big, my nose is round and wide

You hate me don’t you?

You hate my people, your plan is to terminate my culture

You vandalize my perception but can’t take style from me”

-“The Blacker The Berry” Kendrick Lamar

I’m sure you’re wondering: Did he really just make a connection between the Harlem Renaissance, hair, The Lion King and Black Lives Matter?? Can this really justify a new renaissance era? Maybe – maybe not. But my hope is that at the very least you can begin to understand that what is fueling the resurgence of self-love in Black culture is the oppression it’s birthed from. That the acquittal of George Zimmerman, the son of a magistrate, represented the privileged Lion depicted in Shay’s “Be-More Careful” painting. That wearing our hair as it grows from our scalp is as much liberating as it is defiant. That being viewed in White America as a hyena isn’t exclusive to just the Black community: Muslims, Latinos and any marginalized group are subject to being viewed as such. That no matter the lengths to which we’ll go to “prove” how “non-threatening” we are, White America still will still fear us. And finally, my hope is that in this era where social media serves as our medium of Black expression, this piece empowers, emboldens and ignites you to continue to outwardly love your Blackness as this “movement” continues.

Dedicated to My Family and Friends

View all posts by soultrap